. Excellent for entry to mid-range DSLRs 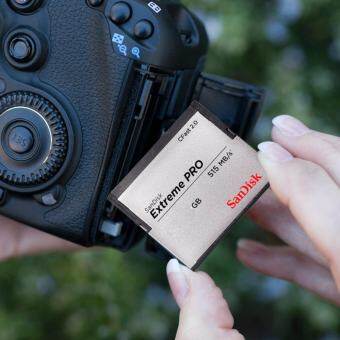 The SanDisk Extreme PRO CFast 2.0 memory card delivers the speed and capacity professionals need for Full HD recording specifications, including high-definition 4K video recording. Next level write speeds help you keep up with the new generation of professional cameras and camcorders, while data transfer speeds of up to 515MB/s make your post-production workflow more efficient. With 64GB you get plenty of room for large RAW image files and the high-quality video that broadcast and cinema demands.

The SanDisk Extreme PRO CFast 2.0 memory card offers enhanced data read and write speeds along with support for Full HD and 4K video recording. With write speeds of up to 240 MB/s (2933X), and data-transfer speeds of up to 515 MB/s (3433X), the 64GB memory card can keep up with the burst-mode shooting of professional-grade cameras and camcorders. It also saves you time when moving large image or video files from your camera to your computer. 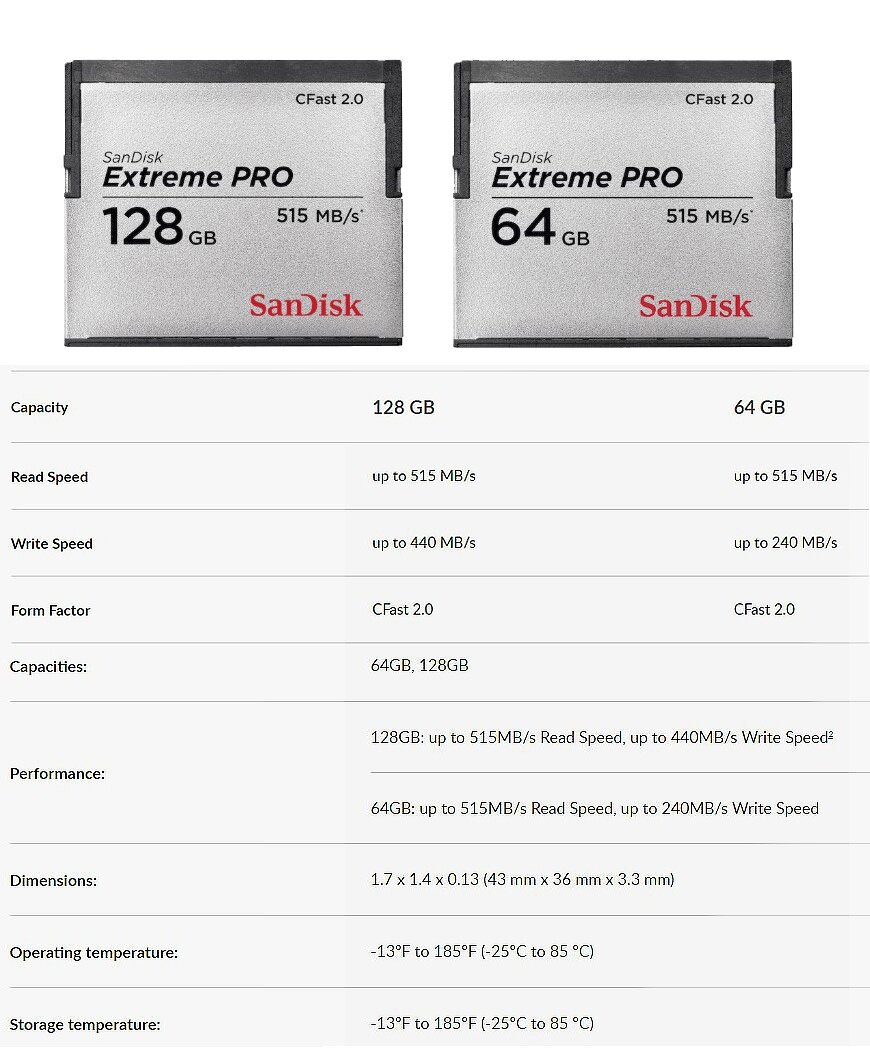 First of all, it depends on whether you'll be taking high resolution photos or lower ones, or even Full HD videos. The format that you will be using can also affect your choice: JPEGs take up less room than RAW images, for example. The chart shows a typical mix of videos and photographs that you can use as a guide.

All SanDisk products are constructed to the highest standards and rigorously tested, so you can be confident in the outstanding quality, performance and reliability of every SanDisk product.